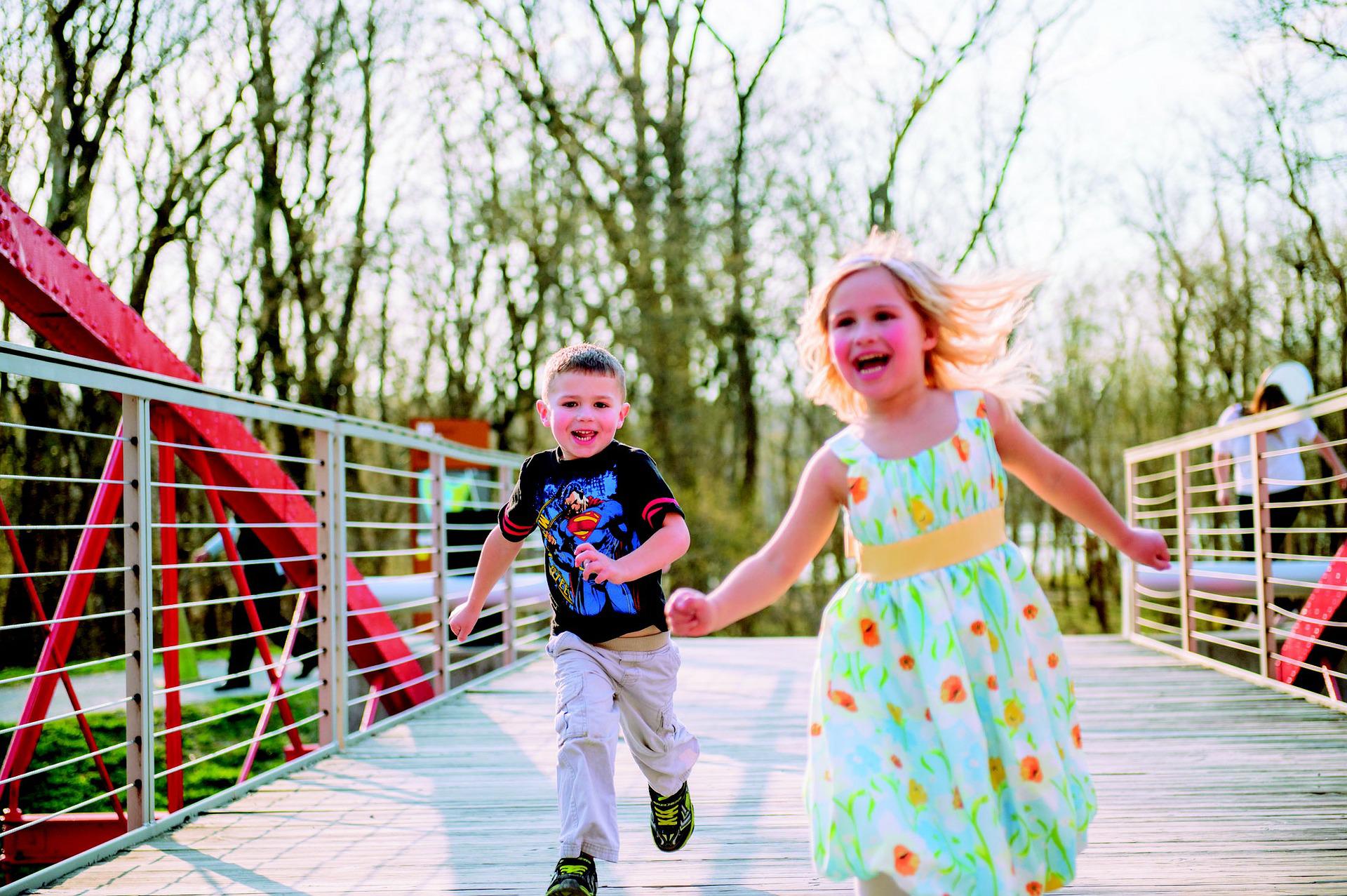 Outdoor play is important for growth. Children exercise their gross motor skills, social skills, imagination and get some fresh air in the process.

While unstructured playtime is important, it is fun to organize outdoor games for groups.

Red Rover is a classic game for groups of children with at least 10 people total. The game requires no equipment, so it can be a fun “filler” game while waiting for a bus or an impromptu park visit.

How do you play Red Rover?

Red Rover is played by two teams facing each other and each team members hold hands. The team to go first chooses who to “send” over to break the chain or team members hands on the other team.

Team A goes first and chants

Team B child that was chosen runs into one of the interlocking hands to try to break the chain on the other team.

If that child breaks the chain, then they can choose a player to bring back to their team. Otherwise, that player must stay on Team A.

Red Rover can become out of control quickly if children are not given strict guidelines to follow about how to run across or the “breakage” of the chain for the other team.

We would recommend Red Rover only with groups that are familiar with each other and can follow the group guidelines for everyone’s safety.

Is Red Rover banned in some schools?

Red Rover has been banned at schools due to unintentional injuries.

While Red Rover is a fun game, it is not a game for everyone. But that doesn’t have to ruin your summer fun, because there are a world of other games out there to play.

Let’s explore some other classic outdoor activities that are completely safe for the summer, but similar to Red Rover.

Children who are 3-4 years old can play and easier version of Capture the Flag, and adults play Capture the Flag as well. The game rises in difficulty exponentially depending on the skill level of the teams.

What are the rules of capture the flag?

The objective is for two teams competing head-to-head to “capture” the other team’s flag and bring it back to their home base. Depending on the rules or variations, players can capture opposing players when they enter enemy territory.

Most people have played Hide and Seek or know about Hide and Seek. The rules can be slightly different depending on the group. But there is always an “it” person that hides their eyes and counts, while everyone hides. Here are where the variations change the game slightly. Some people count to 20 or some all of the way up to 100. Also, sometimes there is a home base and everyone must try to get back to home base before being tagged. My favorite variation is playing at night with flashlights.

One player is on one end of a field and the other players are on the other end of the field. The objective is to tag the player at the other end. The one player controls the game by stating “red light” meaning to stand still or “green light” meaning to go as fast as the can. The person controlling the light cannot see anyone move, otherwise they must start back at the beginning. Some fun variations include a yellow light, which is moving slower. Or just making lights doing fun or silly things like kangaroo light to jump up and down to the end or purple light to go backwards.

Simon Says is great game for executive function and listening skills. One person is Simon and calls out different actions like jump or touch your toes, but only if Simon says “Simon Says…” first. The other players must listen carefully to Simon to see whether they should follow the action or not. If a player does not correctly follow the action, then they are out. The last player remaining is then Simon for the next turn. Simon Says can be played anywhere and is

Tag is simple and loved by almost everyone. One person is “it” and tries to touch someone else to no longer be “it”. There are so many variations of tag, it’s difficult to list them all in this article.